Masai Mara is one of the most popular safari destinations in Kenya, but if you don’t have several days and nights to commit to the journey, Nairobi can still offer close encounters with wildlife within the city limits. Nairobi National Park boasts the world’s only natural game reserve within a city but requires a licensed guide to tour it. Fortunately, I found Africa Safariland Tours—a company owned and operated by Fred Murai, a Kenyan who is passionate about his people, country, and the environment. 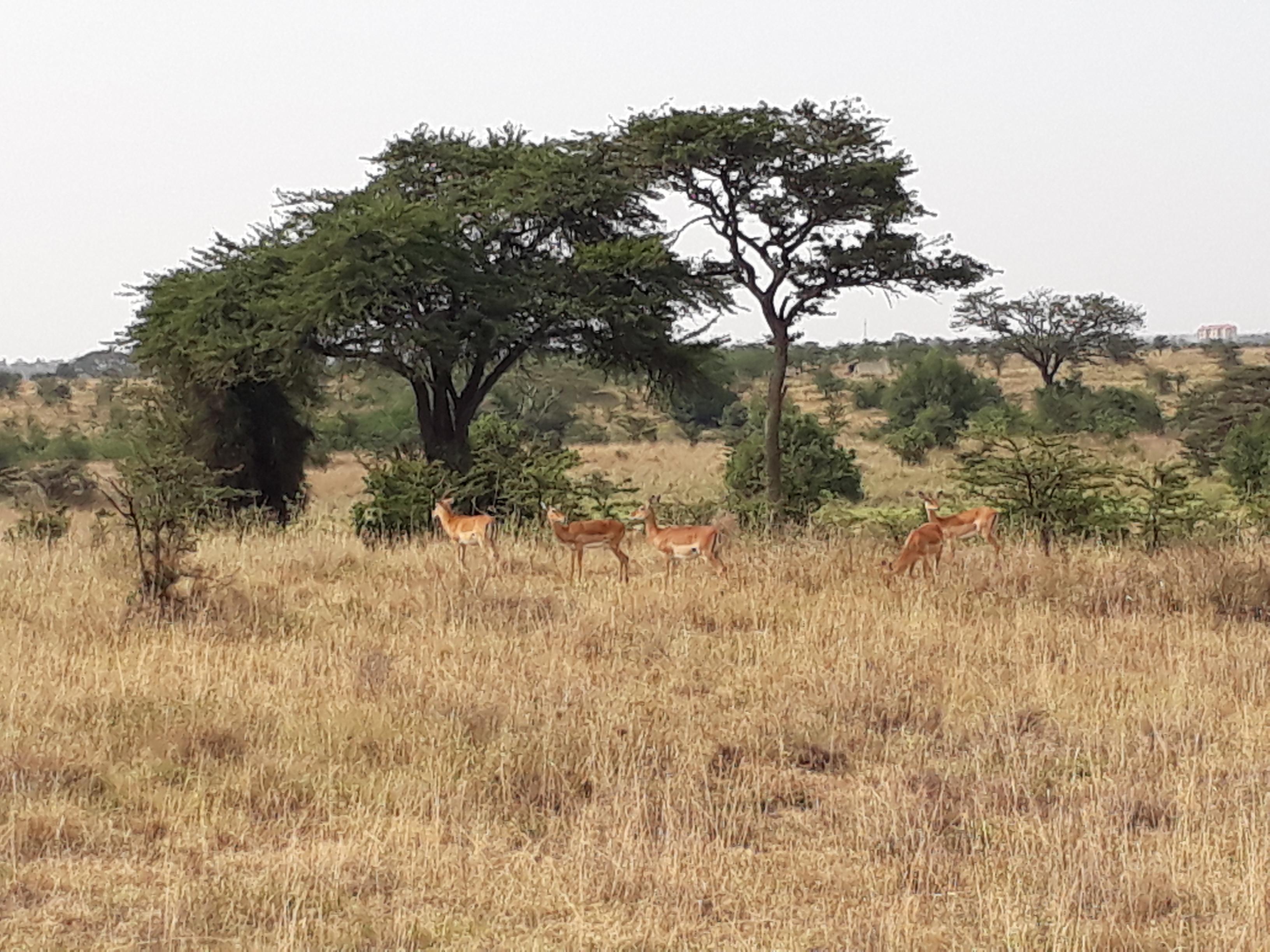 Our driver and tour guide, Simon, picked us up right after breakfast at Anga Afrika. Bright and early, our first stop was the Nairobi National Park. The savannah in the city was filled with buffalos and a variety of antelopes that were easy to spot. However, Simon was diligent in pursuing a peek of the lions that were spotted that morning. Patiently and cautiously, we found an entire pride sleeping in the shade of dense trees and bushes only a stone’s throw from the road we tread. We caught no view of the hippo on premises but just before our exit spotted a long-necked beauty that Simon identified as a Masai giraffe. We paused to watch its graceful stride before hurrying off to the Elephant Sanctuary. 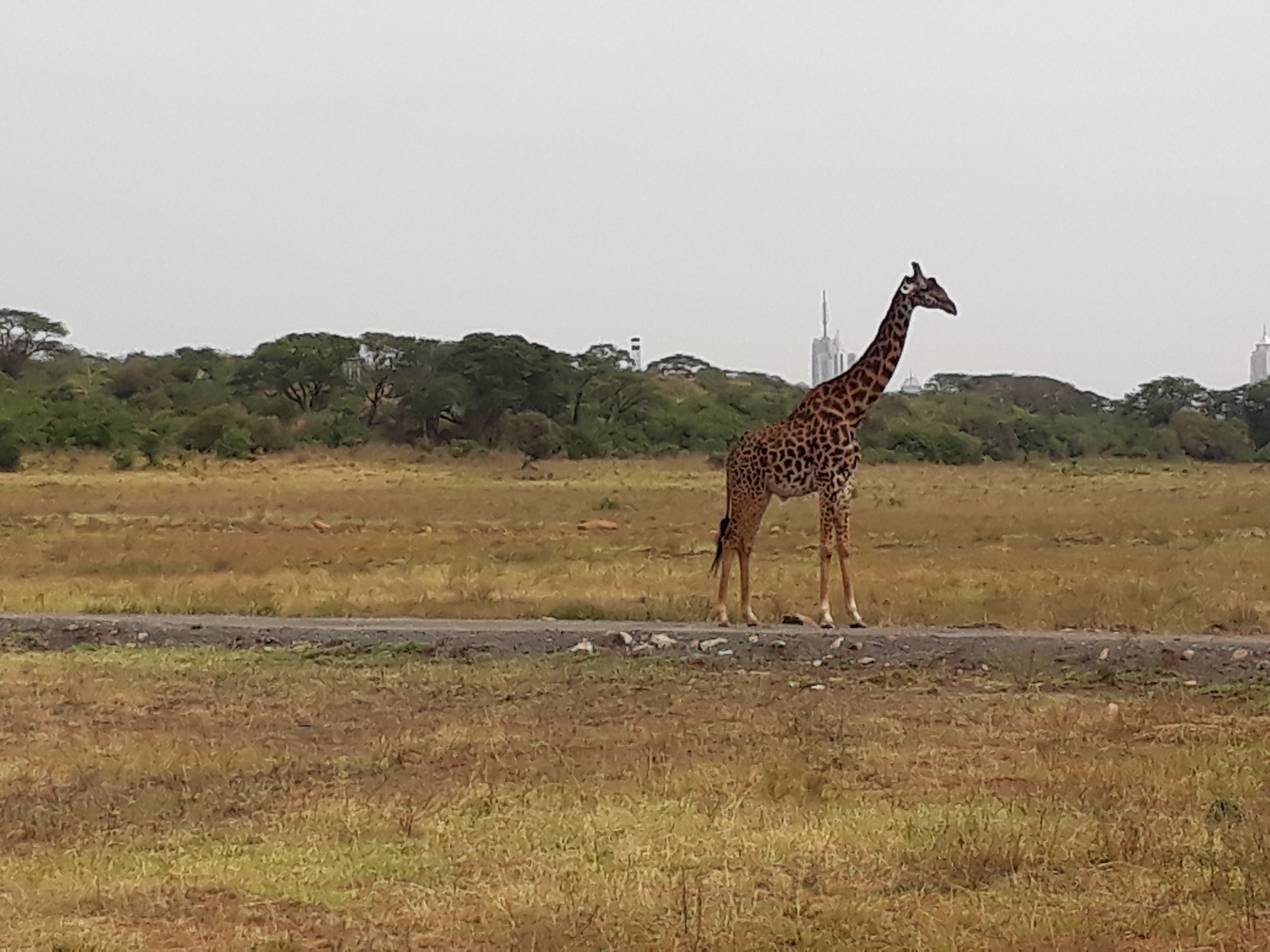 At the David Shelrick Wildlife Trust, orphaned, injured, and abused elephants are nursed and nurtured to wellness and independence. Their compassionate staff act as surrogates to the baby elephants, feeding them around the clock, playing with them and tucking them in at night. We promptly arrived at the only hour of the day that they’re open to the public for lunchtime. While the elephants gulped liter bottles of milk, a staff member personally introduced us to each and every orphan by their unique name and story. I was touched by the way the organization retains the integrity of the elephants while giving the public access to the animals they serve. 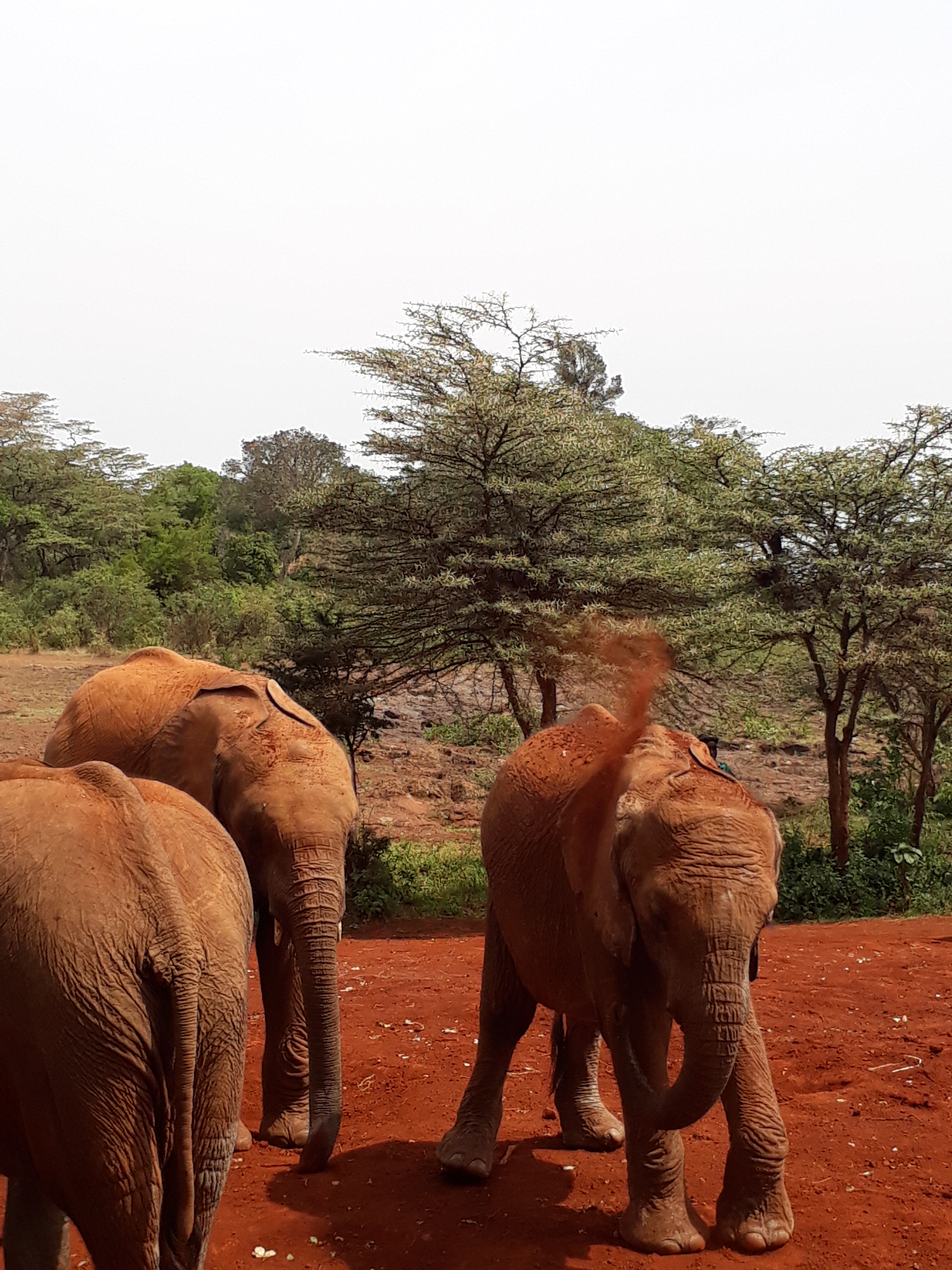 For a closer look at the endangered Rothschild giraffes, we visited the Giraffe Centre which is adjacent to Giraffe Manor and the Karen Blixen Museum. Though it felt a bit like a petting zoo, there was a hall where visitors could read about the organization’s mission and work. Though it seemed as if most were there for a giraffe selfie, I’m glad Giraffe Centre exists to do the important work that is needed. 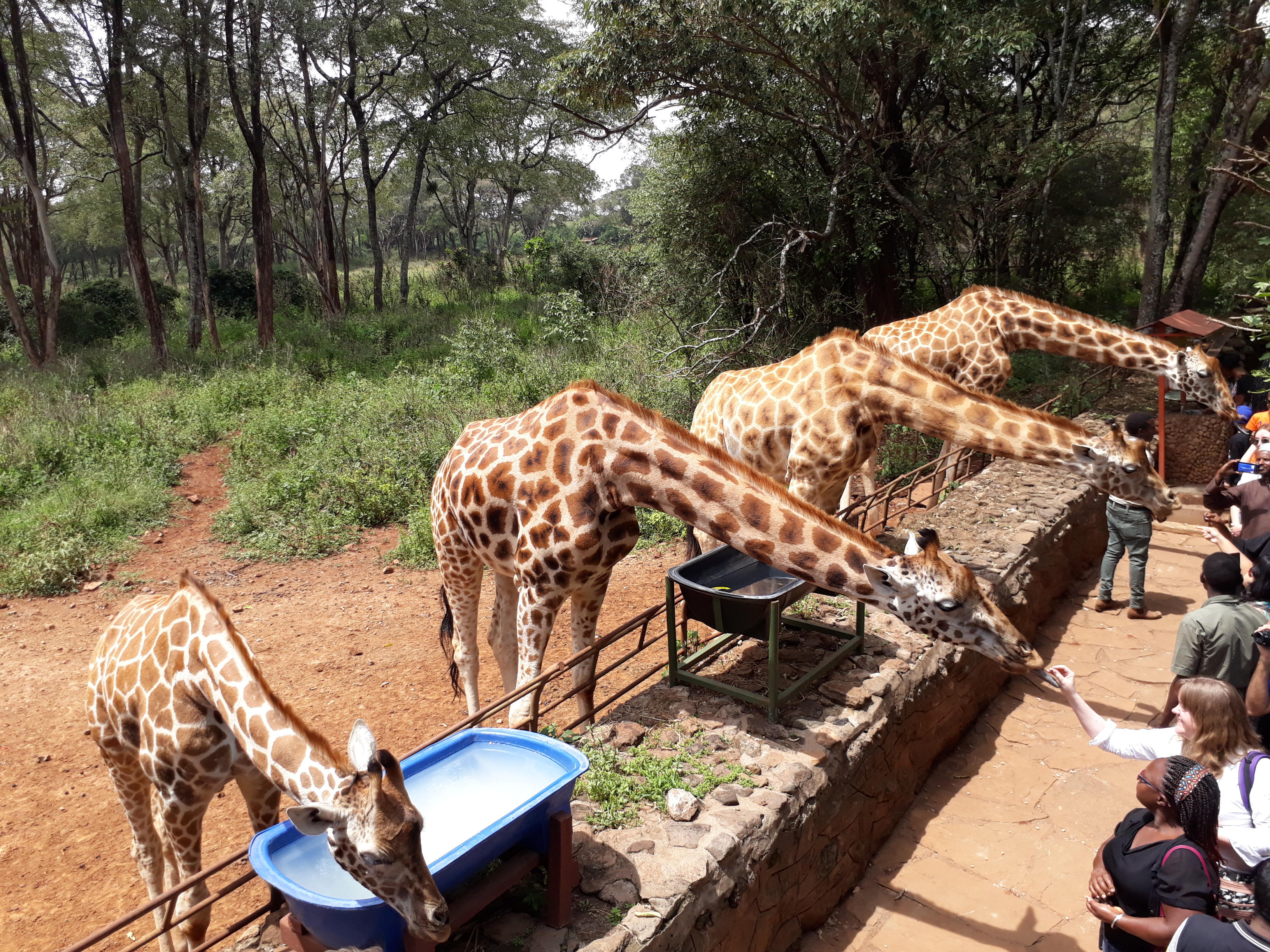 Our final stop was hardly a part of the conventional itinerary but our guide had no qualms taking us to ArtCaffe, one of the few establishments with vegan options in the city. That strategic stop at Junction Mall gave us a chance to eat, set up our local SIM card, and exchange money before returning to our accommodation for the night. 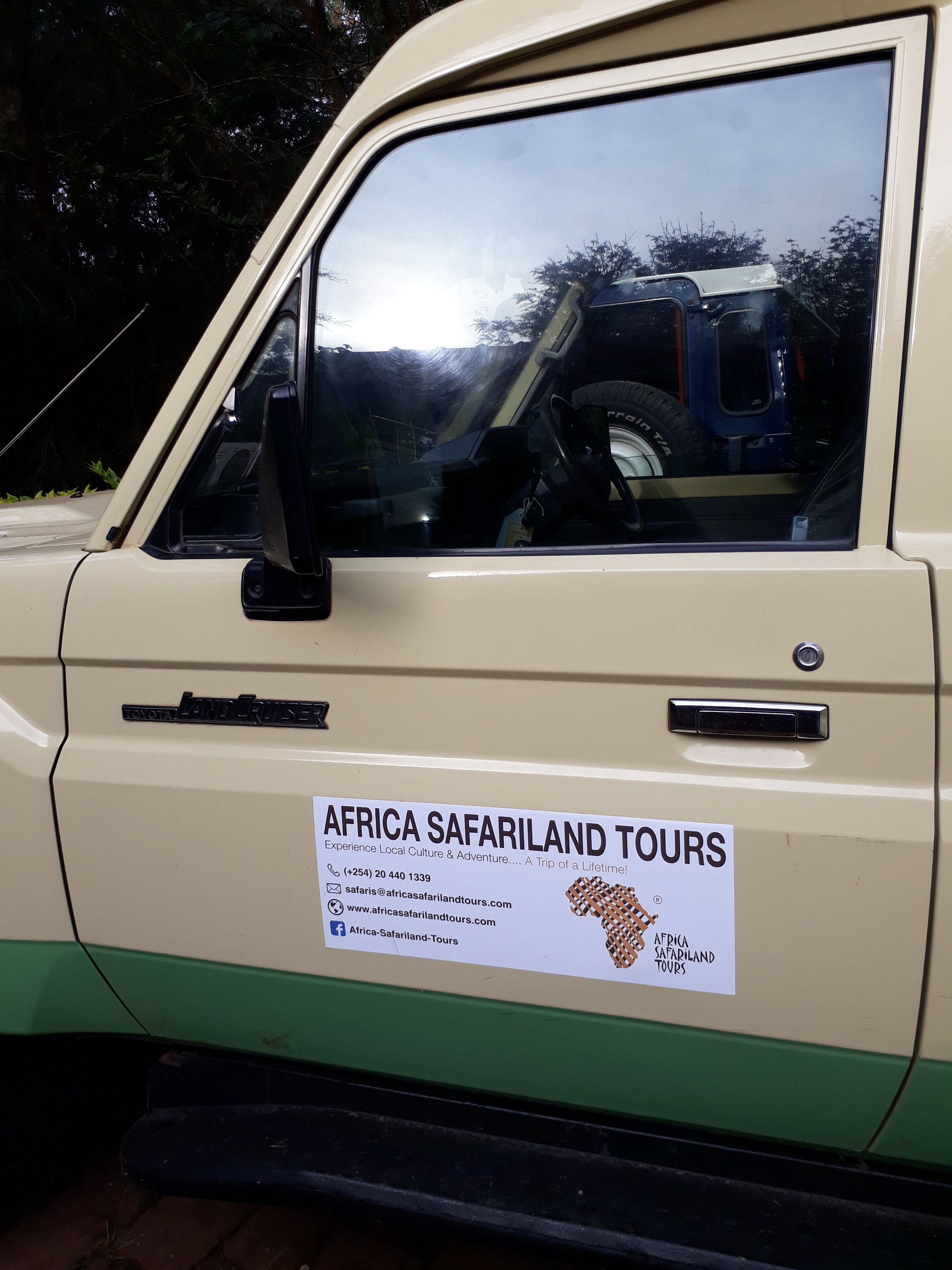 Africa Safariland Tours proved themselves to be an excellent fit for our tour of Nairobi. They were sensitive and flexible to our needs, while being helpful and friendly. Africa Safariland Tours also operates in other parts of East Africa, inclusive of Tanzania, Uganda, and South Africa, so they are still a highly recommended service provider even if Kenya is not your chosen destination.

A complimentary tour was offered in exchange for this unbiased review.  All opinions are my own.

Chantal Blake is a Jamaican-American writer from New York City. A frequent traveler since birth, she married a fellow nomad and has been living abroad since 2008. In spite of her background in environmental engineering, her work abroad has included teaching English, travel writing, and raising two awesome little people. Her writing has been featured online and in-print and covers themes of family travel, veganism, and migration. While her life is totally unlike what she planned, it is perfectly as it was meant to be.

Rovos Rail- The Most Luxurious Train in the World Review