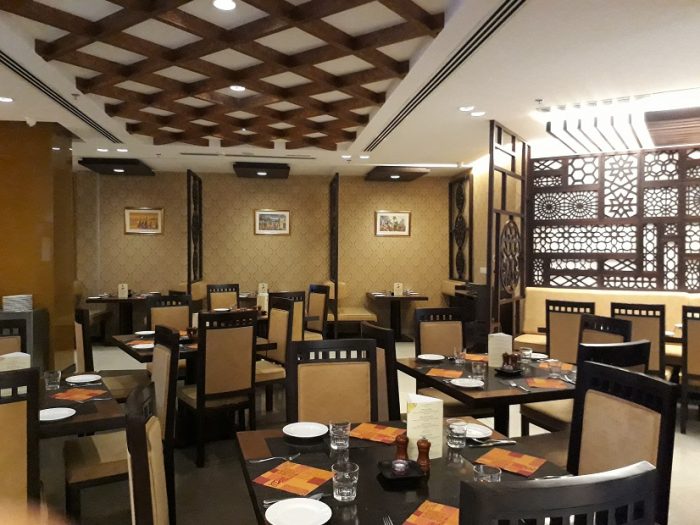 As a vegan, I’m very familiar with Indian food. In every country I’ve visited, it’s my go-to cuisine for a flavorful, meat-free meal that rarely disappoints. Though I have yet to visit India, it’s safe to say that my taste buds journey there quite frequently. So when I inquired about vegan dining options at The Yellow Chilli in Panorama Mall, I assumed I would enjoy just another mundane Indian meal, but I have to admit that my expectations were totally exceeded. 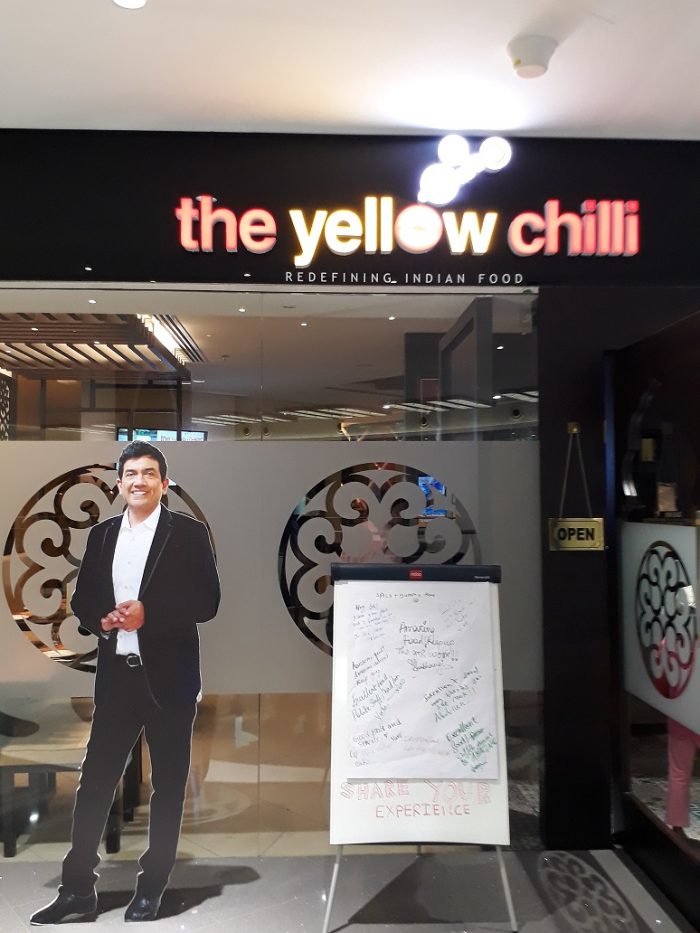 You can’t talk about The Yellow Chilli (TYC) without mentioning Sanjeev Kapoor, India’s Master Chef and restaurateur. If TYC were an Indian music video, he’d be the smiling stud in the center doing all the latest moves while the demure ladies fan themselves and blush. Similarly, Mr. Kapoor’s signature dishes are a fun mix of tradition and modernity that create the proverbial party in your mouth. Though it’s unlikely you’ll meet the infamous food celebrity, eating at TYC gives you a taste of his creativity and culinary pride.

At Muscat’s Panorama Mall location, my host Mr. Kalyan developed a bespoke seven-course meal that was absolutely free of ghee, yogurt, or cheese from appetizer to dessert. Head Chef Hukam and staff took me on my own Darjeeling Express by highlighting the significance of certain dishes, flavors, and meals in Indian culture. I went expecting the typical samosa turnovers, curried dhal, and naan bread but left with an unforgettable encounter with a cuisine that is alive and evolving.  In Muscat, The Yellow Chilli Oman can be found at The Wave and Panorama Mall but note that vegan meal requests must be made 24 hours in advance.

We can make that happen when you’re in town and then watch Hidden Figures. ?