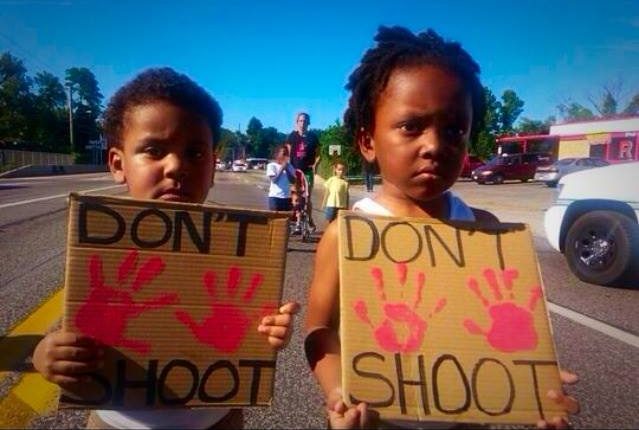 So if you’re like me, your social media, FB timelines and the like have been flooded with coverage about the current state affairs in “post racial” America, with images and articles regarding the #Ferguson Missouri death of teen Micheal Brown. There has been tear gas, riots, protest with none other than Jesse Jackson joining in to rally against the shooting death after an alleged robbery at a convenience store.

There was a struggle and then bang, shots fired and now a young youth that was set to attend college soon is no longer here to live his legacy.  More and more of these stories are inundating my newsfeed.  A girl that attends the HBCU (Historically Black College/University) Howard was shot at a “peaceful” protest; Denzel Curnel, a 19 year old in South Carolina alleged committed suicide after an altercation with police officers (Really??); Eric Garner, the “gentle giant”, that was killed after being put in a choke hold by NYC police officers and loudly proclaiming “I can’t breath, I can’t breath” would be some of his last words before dying in broad daylight on those New York City streets. 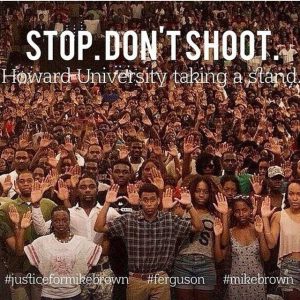 We are now even getting live tweets from Palestinians on how to survive when you’re getting tear gassed, a show of support in solidarity to the current events and protests that are happening in Ferguson.  This isn’t supposed to happen in the land of the “free” and home of the “brave” right??? Not the same land that has a Black president in 2014? Ohh, so yeah some even argue why are we Black Americans getting all up in arms about the death of  a Black youth by a White police officer, when “Black on Black” crime rates are so high across the country? As if one negates the other.

Now, mind you I am seeing all of these discussions and debates while sitting across the globe in South Africa as a graduate student where I have participated in several non-violent, peaceful protest in the past month. I haven’t lived longer than 2 months back in the States in about 5 years after being an expat.  The Ferguson case is not hitting the mainstream media in certain parts of the globe from my understanding of what I have seen other globetrotters posting online. I am seeing all of this unfold via social media.

I’m currently in the process of looking for jobs across the globe and for the first time 5 years had a slight desire to apply back home in USA. Nevertheless, I have felt totally conflicted as of late.  Am I Really ready to deal with the current state of affairs in the States? I’m not sure if children are in my future as it hasn’t been a desire to have them yet, but do I Really want to raise a young Black male in a country where he would have to be taught the rules and procedures in order to “hopefully” save his life if he stopped by Black OR White police officers (Hands UP…you are Not a threat)!!! 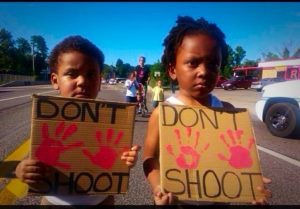 After living in Korea for 3 years and at the worst only seeing a couple argue here and there, a few drunk people getting stopped by police and not even worrying about getting robbed or shot at by those that are supposed to “protect and serve”, really makes me question if I want to continue this expat lifestyle or endure the pains and pressures of being an African American (well Black) person in the good old US of A…land of the “free” and home of the “brave.”

I’m going to continue to apply for some jobs in the States, continue to apply here abroad and make a very tough choice in the coming months so stay tuned to see where this globetrotting expat ends up next.  If you had the “luxury” to live outside of USA in these trying times, would you? Has the current state of affairs in Ferguson and across the States changed your perspectives? Leave a comment below…let’s have a discussion.